Introduction ( A Case Study on WhatsApp)

As the app market is thriving like never before.  There are thousands of applications coming up every now and then. There are few applications that have created a niche for themselves. Out of so many mobile applications out there, this post outlines one app that truly worth looking at. An app that took less than a decade to win the heart of its users. It is certainly the one that can inspire any wannapreneur.

Just one mobile app idea, and it changed the entire landscape of messaging! Who’d thought that one simple messaging application would win over all other applications. It completely revolutionize how we chat, connect and disseminate information? No wonder other messaging apps too brought a drastic change, but the launch of WhatsApp was definitely startling. Soon after its launch, WhatsApp won over various giants like Facebook messenger, Line, WeChat, Viber and others.

Launched on 3 May 2009, it has only been a decade long. We all can see where it has reached today. Now acquired by Meta, the application is the most preferred messenger app in the world. With over 1.5 Billion active users monthly worldwide, WhatsApp today has no doubt created a success story that the entire world is looking at. In the history of applications, WhatsApp has set a great example of how a small tech startup turned into a widespread adopted app & transformed the way of messaging.

Throwing light on its origin, the messenger application was started by Brian Acton and Jan Koum, who started their career with Yahoo. It was back in 2009 when they’d left the job. Koum purchased an iPhone which brought him a realization that the industry would soon be revolving around the mobile applications. He soon began to explore the feasibility of creating an app that could foster communication between friends, family, and other business contacts. With no further delay, he partnered with Brian. He convinced five associates from yahoo! to fund the app with $250,000. They finally launch WhatsApp.

However, the journey of the application was not as smooth as it seems. Initially, WhatsApp too had to face many hardships. Like any other mobile application, WhatsApp too faced various crashes and failures. When the owners got so disheartened that they decided to shut it down. But, Acton motivated Koum not to lose hope and keep working on the application. Each time the app got a setback. Eventually, both of them succeeded to finally get the app error-free and saw it bringing big success. In Feb 2013, the application was acquired by Facebook for $19 billion. It marks itself the fourth-largest app acquisition of the world!

With only a staff of 50 employees, which is sure to surprise anyone. WhatsApp has poised itself as a secure and user-friendly mobile application, which is favored by millions of people worldwide. Even in countries where security is a major concern, having an end to end encryption. WhatsApp is used widely as a secured app. Covering 109 countries worldwide, the app is primarily used in South Africa, Great Britain, and South Asia.

How the App constantly involved itself with interesting feature updates?

The success of WhatsApp is not overrated, through years it has continuously evolved itself and launched several features that have led the app to sustain its popularity. Just a year after its launch, in June 2010, WhatsApp launched its biggest feature “Location sharing”, that allows the users to share their location with their contacts. Similarly in 2011, the app launched another interesting feature of “Group Chat”, where any group member can join the conversation and share messages with the other members of the group. In the same year, the app hit the record of reaching 1 billion messages in a day!

In 2013, WhatsApp again came up with an interesting feature of “Voice Messages”, which allows the users to send and receive voice messages easily right through the app. With this feature, just after a year, WhatsApp again marked a new record of reaching 500 Million users. 2014 marked itself as a very important year for WhatsApp as the app came with several features and big changes. Read receipts with a blue tick, double tick for message delivery, disabling feature to hide blue ticks & last seen, showing contacts who have seen your status, were some of the interesting features that the app came up with. In the same year, the company was sold out to Facebook.

Again in 2015, WhatsApp came up with a web support facility that enabled users to use WhatsApp on their desktops, followed by a desktop app. 2016 saw the app launching its video calling feature and for security purposes, it also switched on end to end encryption. As recent as 2018 & 2019, the app called for many other interesting features like stickers, group calling, WhatsApp business, group calling, UPI payments, and many more.

Get a Success Story Written on your App too!

As a Wannapreneur, the story of WhatsApp must have inspired you to build your own app and create a success path for yourself. Not just WhatsApp but there are several other whatsapp like apps. They have remarkably done well and have brought huge success through their apps. If you too think that you are born to leave a mark in this world by creating something unique, you are just an idea away. Once you have a brilliant idea, go for it. Don’t let anything put you down. Someday you might have a success story written on your app too! 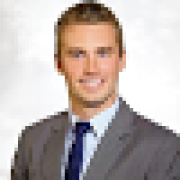 Top 8 FinTech Trends For 2022 And The Future

Is it Worth Hiring an Android App Developer? Top 10 Tips!